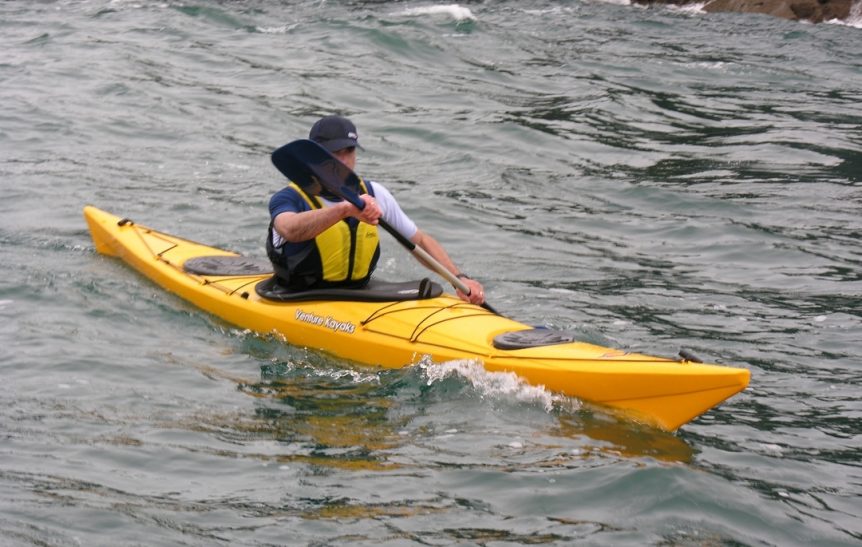 For someone new to kayaking, there are many things that you should know before taking your first try. With many different types, brands, construction, and many more, choosing the single kayak that would be the best for you can be daunting.

A kayak is a type of boat that features a small and slim body. It can be used by only a limited number of people. And most often, can accommodate only a single person at a time. Others call them canoe because it looks the same. It is considered as sports equipment as it is used in aquatic races and sports. Kayaks are also used for fishing, leisure, and other activities.

So, how does a new paddler like you can determine the kayak that suits you best? The first step is to understand the type of kayak that you need. There are two types of kayak, sit-on-top, and sit-inside designs. Each of these designs greatly differs from each other and both of them have their advantages and disadvantages.

This article is meant to give you information to understand the major differences between these two types of kayaks, some of the factors that you need to consider and decide on which type of kayak would be best for you.

How can you tell the sit-on-top kayak from the other type? What are its distinct features? The sit-on-top kayak, as the name suggests, has no enclosed cockpit. With that in mind, you can already picture how the paddler would position himself.

Instead of positioning himself inside the kayak or at below the water level, the paddler is sitting on top of the vessel above the surface of the water in the sit-on-top kayak.

Compared with the other type, the sit-on-top kayak is more popular. Its design is more friendly to kayak fishermen and novice paddlers because it does not make them feel trapped while inside the boat when it capsized. It is also more convenient to board the kayak, in case the paddler has accidentally overturned.

Here are the pros and cons of the sit-on-top kayak.

Pros of the Sit-on-Top Kayak

There are plenty of things to love about sit-on-top kayaks, but the most important of them all is its versatility when it comes to the number of passengers. It can accommodate multiple passengers, two to three paddlers. It is not only the choice of most fishermen but for photographers, and hunters too. More advanced paddlers even load it up with foot-driven pedaled propellers to zip and cut through the waters.

You need to have it both ways. Here are the drawbacks of sit-on-top kayaks.

As the name implies, the sit-inside kayaks feature an enclosed cockpit. Instead of the paddler sitting on top of the kayak and above the water level, he or she is positioned inside and below the surface of the water.

The sit-inside type of kayak is more popular with intermediate and advanced paddlers. The reason behind this is because it is designed with a higher degree of secondary stability that allows the paddler to lean over the edge while turning or paddling on rough seas. It also offers a lower center of gravity, which is advantageous to its paddler.

Despite the many advantages of the sit-inside kayaks, it also has several drawbacks. Let us take a look at them.

There you have it. The detailed pros and cons of the two types of kayaks, the sit-on-top, and the sit-inside kayak. With this analysis, we can conclude that sit-on-top kayaks are good for beginning paddlers and fishermen because they have a high degree of stability for short distance kayaking. The sit-inside kayak, on the other hand, is more appropriate for intermediate to advanced paddlers who want a kayak that is fast and appropriate for a longer period of kayaking.

In conclusion, it is important to note that your choice of the kayak will depend on where you are going to use the boat. Make sure that you have identified its intended use before purchasing a sit-on-top or sit-inside kayak.