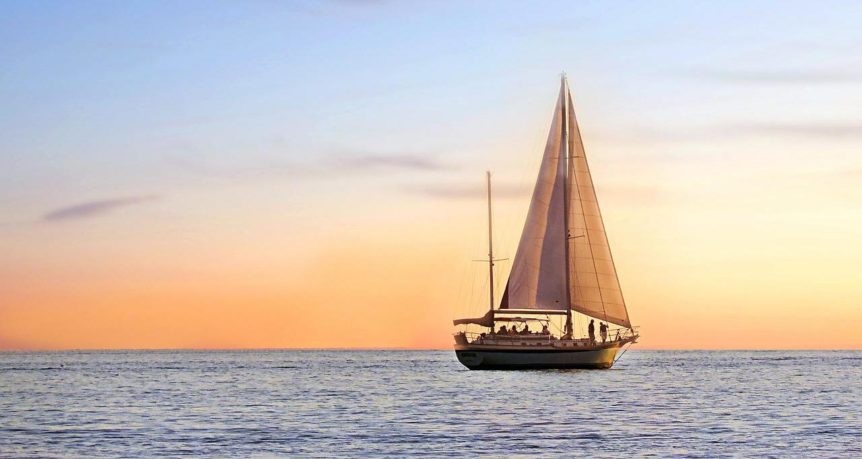 The headline on this one says it all. Unless you are a trained seaman or naval enthusiast, chances are you have seen this term used (sometimes interchangeably) and wondered what exactly the difference between vessel and vessel boat is. Don’t worry, you are in good company as this is one question that has plagued many.

Thankfully, the answer is more straightforward than you might think – it all boils down to size. One is bigger than the other, whereas some might say that both are one and the same thing, differentiated only by the number of passengers and cargo it can accommodate. Here’s the complete explanation.

Contents hide
1 What’s a Vessel?
2 What’s a Boat?
3 What Is the Difference Between a Boat and a Vessel?
4 Why the Confusion?
5 Closing Thoughts

The definition of the term ‘vessel’ varies depending on who you ask. But, the bottom line is, a vessel has navigational tools, lifeboats, and other lifesaving equipment, a raked bow, bilge pumps, crew quarters, and a coastal guard registration. The image that comes to mind from this is something big that’s designed to float.

With that, you can already identify vessels, including cargo ships, tugboats, fishing, utility and sports boats, luxury cruise liners, naval defense warships, and more – all these fit into the description of a vessel. But there is a catch, not every structure of this magnitude qualifies to be called a vessel.

The point is that they come in many sizes and in many different names, but they are all vessels unless otherwise. Sea vehicles such as cruise liners have satisfied the requirements for vessel classification, but not all special purpose vessels can be classified as ‘vessels’.

Even in the eyes of the law, the definition of the vessel is not quite concrete. Legal scholars are still conflicting on the nitty-gritty. The one thing that is crystal clear is that a vessel must be mobile and equipped with the necessary tools and design properties to navigate in the open waters.

Yes, the definition gets further confusing from a legal perspective. When it comes to special purpose vessels like floating dormitories, dredges, pontoon rafts, and others, they qualify to be called vessels even though they are mostly stationary. So, a structure does not need to self-propel to be called a vessel.

But what is the point of all these definitions? Well, it comes down to insurance, registration, taxation, and other purposes. Knowing exactly what you own will help you figure out how much you owe the government and how much you are liable to pay in compensation in the event of an accident.

A vessel boat, on the other hand, is a little less complicated. The simple definition is that a boat is a watercraft that is designed to navigate near the shore or in waterways located inland, such as rivers and streams. So, what sets it apart from the rest is its smaller size and lesser carrying capacity.

You might say a vessel is a parent to the boat, but the classification is much more complicated than that. For starters, a boat is defined by its shape, size, capacity, and its purpose. It is the small details that make the difference when a boat is put side-by-side to a vessel.

A simple way to look at things is, a boat is a watercraft that is small enough to the point that it can be carried abroad through a vessel. From this definition, you can put a cap on everything from capacity to length and other design qualities. After all, a boat cannot carry another vessel.

In fact, naval submarines can, in some way, be classified as boats. However, their use in warfare disqualifies the boat tag. In any case, boats are mostly used for recreational purposes – fishing trips during the weekend in a nearby fishing spot with two or three of your buddies.

At the same time, boats also serve an integral role in modern commercial operation by allowing active transportation for crew and cargo over short distances. In this case, a boat operates to serve the needs of the vessel, where the latter would be unable to because of several reasons.

There are a lot of different types of boats that vary depending on the purpose they serve, so it is impossible to completely list down every type of boat in existence. They are, however, classified into unpowered, sailboats, and motorboats, depending on the propulsion system.

What Is the Difference Between a Boat and a Vessel?

By now, you should know the difference between a boat and a vessel. There is a thin line between them, which is often the cause for confusion. Already, the first principle to differentiate these two is size. But here are some other aspects to take into serious consideration:

When a boat and a vessel are parked side-by-side, it is easy to distinguish one from the other. A typical vessel will weigh at least 500 tons, where the structure crosses a threshold from being a boat to becoming a ship. Boats, on the other hand, are quite compact and displace far less.

One of the most noticeable differences between a boat and a vessel is the amount of cargo each carries. Because of their size, boats typically carry far less cargo, if any. In fact, some can only carry small carrier bags compared to a vessel that can transport more than a thousand shipping containers across the world.

The construction time for a typical boat ranges anywhere from a single week to a few months, depending on the manpower, technology, and other factors. However, a vessel is built from a complicated structure that involves multiple professionals from different fields to design a safe and stable vessel, which can take years to design and years more to complete.

Vessels are operated professionally by teams of trained navigators and engineers, who also need various facilities and equipment to operate and communicate within the vessel. On the contrary, a boat can be operated by a single sail man, who is typically the owner of the boat, or at most, two people who row to navigate the boat.

The size of the typical vessel creates a need for a large crew to operate, a crew that needs a lot of navigation and communication equipment. These vessels use advanced engineering and complex systems that are connected throughout the structure, while a boat only needs basic understanding of naval principles and navigational tools.

A key difference between boat and vessel is where they operate. Most vessels are restricted to the high seas and oceans, mainly because of their sizes. They are mainly designed for the transportation of goods and people across great distances, whereas boats operate in areas near the coast and smaller or narrower waters.

A boat can either be propelled by a small engine, sails attached to the structure, or by man-power. On the contrary, all vessels operating in an ocean or high seas are mounted with powerful propulsion systems, in some vessels, these systems are bigger than the size of a typical home.

Taken at face value, on might have no question that a boat and a vessel are two completely different things. Unfortunately, there are times when these terms are used interchangeably or to refer to one and the same thing. After all, a boat is still a vessel, but a vessel cannot be a boat.

Generally speaking, a vessel is a structure that can float, which includes ships, ferries, and boats, among other things. While a boat is a specific type of vessel that is compact in size and lighter than vessel and is capable of sustained, powered, and control navigation over small water bodies.

Vessel is a generic term that encompasses a wide variety of floating machinery and objects, and its use to mean almost anything is largely to blame for the confusion. The fact of the matter is, not everything you see floating on water is a boat, but it is most likely a vessel.

On the other hand, the term ‘boat’ is used more restrictively on smaller vessels. Even though its use usually brings confusion, the general image that comes to mind when the term is used is a small vessel capable of only carrying between two to three people. Thus, only small floating structures are classified as boats.

It is clear that a boat and a vessel are more different from one another than you might think. Even though they both operate on water, there are small details that set these two apart. This isn’t to say that a boat is not a vessel, which it is, but it is important to establish a distinction to avoid confusion.

You will find features unique to the vessel, which would be considered irrelevant, or maybe even overkill, to a vessel boat. A vessel cannot compete with a boat because they are marketed for completely different uses and capabilities. The unique thing about these two is that they both float.